In January, 2011 a New Custody Law went into effect which made significant changes to the existing custody law. Many of the change simply put into law what has been the practice throughout the years. However, some of the new provisions will change the way that we handle custody cases in Pennsylvania. 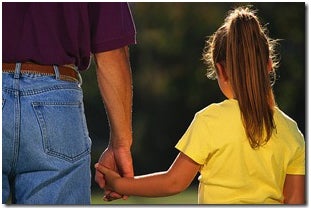 One of the biggest changes involves what happens when the parent who has custody of the children wants to move out of the state, or even the county where they are living. In the past, the custodial parent would have to file a Petition with the Court seeking permission of the Court to move if the other parent would not agree. These were sometimes called Gruber hearings.

Under the new law, however, the procedure is completely revised. As in the past, the parent seeking to move with the children must either get the consent of the other parent or permission of the court. To get this permission, the relocating parent must:

Notify the other parent in writing by certified mail, return receipt requested, no later than 60 days before the proposed move. (There is an exception to this notice requirement if the moving parent could not have known of the need to move in time to comply with the 60 day requirement of if it is not possible to delay the move.) The notice must state:

If no objection is filed, then the relocating parent must provide an affidavit stating that to the court, proof of notice and a Petition to confirm the relocation and a proposed order.

If there is an objection filed, the Court must hold a expedited full hearing before the relocation occurs.

There are 10 factors that the Court must way in considering a request to relocate and the burden is on the parent seeking to move to show that the move is in the best interests of the child.

In general, this new law requires parents seeking to move to plan ahead. It also prevents moves from taking place without the non-moving parent having notice and an opportunity to object and also all the important information about the move.